Du Toitskloof Accommodation From R1000 - Book Today - SafariNow
Welcome to SafariNow. Get off your accommodation booking by paying with the voucher code before . 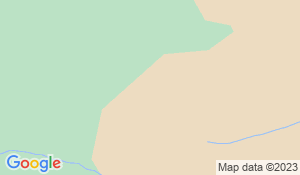 Discover Du Kloof Lodge, a haven of fresh air and tranquillity, is nestled between the Du Toits Kloof and the Witteberg Mountains in a wine-producing...

Situated on a farm in the heart of the Slanghoek Valley in the Breedekloof, we are surrounded by vineyards and mountains. The original buildings, wine...

Die Eike is a lovely Cape Dutch Homestead originally built in the early 1800’s. Surrounded by vineyards and orchards with views of majestic mountains, the...

Goudini Spa is in the heart of the Boland and situated along the well-known wine route, Route 62. It is only an hour’s drive from Cape Town and is set in...

Situated in a magnificent secret valley on the slopes of the Slanghoek mountains, we offer three private and secluded self-catering wooden cabins...

The Slanghoek Mountain Resort is nestled in the magnificent Slanghoek Valley. For the walking enthusiasts we have two walks. One of them is to the...

Idyllic country house with breathtaking views over the Berg river valley, the vineyards, the town of Paarl and in the distance Table Mountain.The es

Rawsonville House is a Cape Dutch house that dates back to 1920. Situated on the edge of Rawsonville, the guest house offers warm hospitality in tranquil...

Monte Rosa Guest House was built in 1904; this gracious Victorian house is surrounded by vineyards and the magnificent mountains of the Breede River...

Mountain Shadows Guest House is situated on a working wine and olive farm at the foot of the picturesque Drakenstein Mountains in the heart of the Cape...

The Mountains the river so relaxing