Welcome to SafariNow. Get off your accommodation booking by paying with the voucher code before .
South Africa/Western Cape/Mossel Bay/Maritime Museum 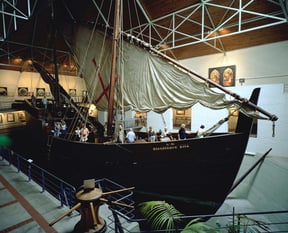 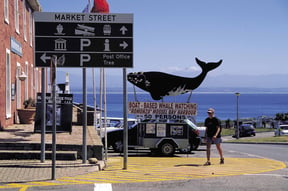 View a life-sized replica of the caravel that brought master mariner and explorer Bartolomeu Dias to the shores of Mossel Bay from Portugal.

Diaz is reputed to be the first European explorer to set foot on South African soil in Mossel Bay on 3 February 1488. He named Mossel Bay ‘The Watering Place of Saint Blaize’ after collecting fresh water from the spring on the day of the patron Saint Blaize. Today the spring still flows and can be seen in the Diaz Museum complex grounds.

The caravel replica sailed into Mossel Bay in 1987 with much festivity, a gift from the Government of Portugal. Another treasure is a 1595 map of Mossel Bay by the early Dutch sailor, Cornelius de Houtman. Also on view are interesting artefacts and displays of maritime history during the time of the early Portuguese, Dutch and English navigators.

Sleeps 8 in 4 rooms
Pinnacle Point Self-catering
Pinnacle Point Pool Lodge is positioned in the charming seaside town of Mossel Bay, along the Garden Route. In the exclusive and upmarket...
R6200
Avg per night
View Deal

Sleeps 18 in 0 rooms
Dana Bay Hotel
When you stay at Amzee Bokmakierie Guest House in Mossel Bay (Garden Route), you'll be within the...
R783
Avg per night
View Deal

Sleeps 34 in 0 rooms
Linkside (Mossel Bay) Hotel
Perna Perna Mossel Bay is set upon a hill and is located in the coastal town of Mossel Bay.Offering scenic views the well-equipped...
View Deal

Bush Villas Self Catering At ...

Sleeps 2 in 0 rooms
Bay View Hotel
The Bush Villas at Botlierskop is situated on the northenside of the reserve and offers Luxury...
R4776
Avg per night
View Deal

Fly me to the Moon Guesthouse...

Sleeps 8 in 0 rooms
Vyf Brakke Fonteinen Hotel
When you stay at Fly me to the Moon Guesthouse in Mossel Bay (Garden Route), you'll be within the...
R967
Avg per night
View Deal
See all accommodation near Mossel Bay

Click to display the map
Maritime Museum is 2.1km from the centre of Mossel Bay , the nearest airport 33.2km (George Airport).
*Distances are shown as the crow flies and not necessarily the actual travelling

Other things to do near Mossel Bay

★★★★★ 1 Review
Beach in Diaz Beach
Dias Beach is a long 3-km stretch of beautiful sands, part of the many beaches located in and...

★★★★★ 1 Review
Beach in Tergniet
Tergniet Beach is a popular beach for families offering safe swimming and a tidal pool. This...

★★★★★ 3 Reviews
Beach in Hartenbos
Hartenbos Beach near Mossel Bay is a wide sandy beach that’s perfect for families, swimming,...
See all things to do near Mossel Bay
WEB01