Broadacres I
Welcome to SafariNow. Get off your accommodation booking by paying with the voucher code before . 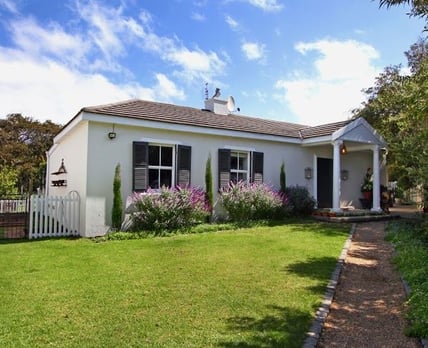 Want to Book this Property?

Broadacres I is situated in the stunning suburb of Constantia, just 15 km from Cape Town centre.

The two bedroom cottage has queen-size beds in both rooms with a shared bathroom. There is a tastefully furnished living and dining area with a fully equipped kitchen. There are also braai facilities overlooking an impressive garden.

Constantia is known for its wine route where you can find one of the oldest wine estates, Steenberg Vineyards, established in 1682.

More About Broadacres I

All visitors to Cape Town, please visit this site to learn more about the severe water shortage we are experiencing and how it might affect you: https://goo.gl/9iy6Z2.

A refundable breakage deposit of R5000.00 and a non-refundable exit cleaning fee.

Click to display the map
Broadacres I is 1.4km from the centre of Tokai , the nearest airport 19.6km (Cape Town International Airport).
*Distances are shown as the crow flies and not necessarily the actual travelling
FromR5370
Avg per night
per night
This establishment is not available at present

Want to Book this Property?