Welcome to SafariNow. Get off your accommodation booking by paying with the voucher code before .
South Africa/Eastern Cape/Coffee Bay/Coffee Bay Beach 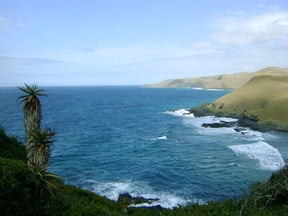 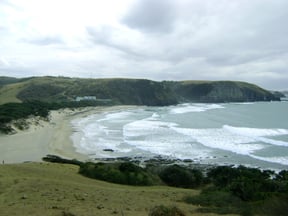 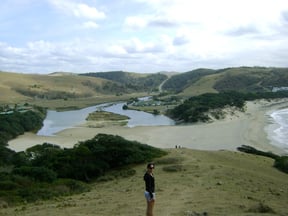 Coffee Bay Beach stretches from the mouth of the Nenga River and is backed by dramatic cliff faces and grassy hills. The coastline is fanastic for day walks, hiking and horse riding trips. One of the most popular trails takes hikers to the spectacular ‘Hole in the Wall’ offshore rock stack.

Reviews:
9 Reviews
Things to do in Coffee Bay

Sleeps 34 in 8 rooms
Coffee Bay Tented Camp
Set along the banks of the Mapuzi River mouth, 2 km north of Coffee Bay, and at the point where the river enters the sea, we will have a...
R2780
Avg per night
View Deal

★★★★★ 8 Reviews
Sleeps 56 in 15 rooms
Coffee Bay Self-catering
Nenga River Lodge is located in Coffee Bay, a small town situated on the Wild Coast of the Eastern Cape. The lodge sits on the banks of the...
R900
Avg per night for 2 guests
View Deal

★★★★★ 1 Review
Sleeps 8 in 4 rooms
Coffee Bay Self-catering
A relaxing getaway from the western world, an Umthata Seaview Cottage, a Fisherman's Paradise! Enjoy the company of others around the braai...
R700
Avg per night for 2 guests
View Deal

★★★★★ 5 Reviews
Sleeps 10 in 3 rooms
Coffee Bay Self-catering
[email protected] is situated 100m away from a great surfing beach as well as a safe swimming beach. With beautiful view points within walking...
R1000
Avg per night for 2 guests
View Deal
See all accommodation near Coffee Bay

Click to display the map
Coffee Bay Beach is 0.4km from the centre of Coffee Bay , the nearest airport 72km (Mthatha Airport).
*Distances are shown as the crow flies and not necessarily the actual travelling

Other things to do near Coffee Bay

★★★★★ 1 Review
Beach in Mdumbi Beach
Mdumbi Beach is a quiet and extremely secluded beach located on the Wild Coast of South Africa. You...

★★★★★ 4 Reviews
Popular Attraction in Mdumbi Beach
Have you ever seen crabs in trees? Rent a kayak from Notshana and catch the tidal flow up this...

★★★★★ 1 Review
Beach in Wild Coast
Bulungula is situated on the Wild Coast of South Africa. This spectacular and absolutely...
See all things to do near Coffee Bay
WEB4