Welcome to SafariNow. Get off your accommodation booking by paying with the voucher code before .
South Africa/Gauteng/Johannesburg/Coca Cola Stadium 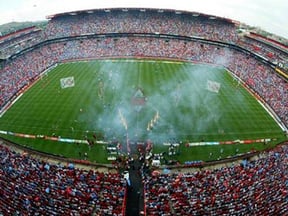 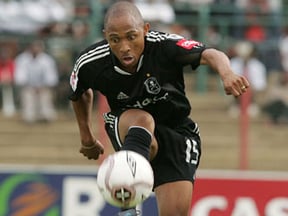 Situated in the heart of Jozi, Coca-Cola Park was the leading venue for the 2009 FIFA Confederations Cup with the opening ceremony and final game taking place there. And in the 2010 FIFA World Cup, Coca-Cola Park hosted five first round matches, a second round match and one of the quarter-finals.

Coca-Cola Park was the venue for the Rugby World Cup Final which was played on 24 June 1995. In this spectacular final, New Zealand and South Africa ran onto the field at 14:45 to a thunderous roar of 62 000 spectators and millions of spectators glued in front of their televisions. South Africa won this game 15-12 after extra time was allowed. Coca-Cola Park and the quality of rugby it represents became the symbol of South Africa's achievement as a nation united.

Directions from East Rand/JHB International Airport:
Take the M2 West from the N3, then the M2 East split. Take the Harrow Road off-ramp (Harrow Road becomes Siemert Street). From Siemert Street turn right into Currey Street or Beit Street, both of which lead to Coca-Cola Park.
Telephone:
+27 11 402 8644 0860​ 100 624 [email protected]​park.co.za
Website:
www.ellispark.co.za
Things to do in Johannesburg

★★★★★ 2 Reviews
Sleeps 26 in 13 rooms
Brackenhurst Guest House
Borisimos Guest House is a family business that had the vision to create a tranquil living environment for the discerned guest. Most...
R750
Avg per night for 2 guests
View Deal

The Inn on Pine - Randburg

★★★★★ 5 Reviews
Sleeps 34 in 12 rooms
Ferndale Self-catering, Guest House
The Inn on Pine is a stylish self catering inn/guest house in Randburg. Situated close to the...
R650
Avg per night
View Deal

Sleeps 58 in 16 rooms
Ferndale Guest House, Self-catering
We provide a bed & breakfast, with dinners on request and self catering accommodation. For those...
R600
Avg per night for 2 guests
View Deal

Sleeps 18 in 10 rooms
Bedfordview Guest House
Situated in the leafy town of Bedfordview and not too far away from the airport, Helenique Guest House offers comfortable accommodate to...
R550
Avg per night
View Deal
See all accommodation near Johannesburg

Click to display the map
Coca Cola Stadium is 5.6km from the centre of Johannesburg , the nearest airport 20km (Johannesburg International Airport).
*Distances are shown as the crow flies and not necessarily the actual travelling

Other things to do near Johannesburg

Spa & Wellness in Gauteng
Jonice Spa is situated on the banks of the Vaal River. It is less than an hour from Johannesburg,...

Golf Course in Centurion
Copperleaf is an excellent course, carefully designed for a challenging and enjoyable round of...
See all things to do near Johannesburg
WEB6