Welcome to SafariNow. Get off your accommodation booking by paying with the voucher code before .
South Africa/Western Cape/Riebeek Kasteel/Bartholomeus Klip Renosterveld Reserve 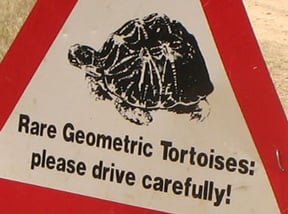 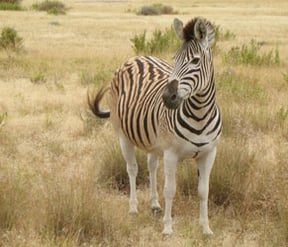 Bartholomeus Klip Reserve is teeming with herds of eland, springbuck, black wildebeest, zebra and bontebok. Many other animals, such as baboons, bat-eared foxes, lynxes, and smaller species of antelope, live here too, and it is known that leopards still occur in the mountains.

Among the birdlife at Bartholomeus Klip is the world’s largest bird, the ostrich, once farmed here in large flocks at the height of the ostrich feather boom in the 1870s and today one of the leopard’s favourite foods.

The magnificent black eagle (correctly known as Verreaux’s eagle) nests in the mountains, and the enormous dam near to the farmhouse has a spectacular array of water birds, some resident like the fish eagles and the kingfishers, and others such as the pelicans and the spoonbills less regular visitors.

Flamingos have also been seen in some of Bartholomeus Klip’s smaller dams and there are a host of interesting large and small birds out in the reserve and on the wheatlands, including large flocks of the blue crane, South Africa’s national bird.

Reviews:
1 Review
Things to do in Riebeek Kasteel

★★★★★ 4 Reviews
Sleeps 68 in 26 rooms
Riebeek Kasteel Lodge, Self-catering
Get away and escape to this comfortable self-catering farm accommodation, set on a working farm, with an abundance of space. The...
R1000
Avg per night
View Deal

★★★★★ 3 Reviews
Sleeps 4 in 2 rooms
Riebeek Kasteel Self-catering
Bloemendal Guest Cottage is situated in a quiet part of the quaint village of Riebeek Kasteel. The tastefully decorated home is a tranquil...
R1500
Avg per night for 2 guests
View Deal

★★★★★ 5 Reviews
Sleeps 4 in 2 rooms
Riebeek Kasteel Self-catering
The Olive Retreat is a spacious self-catering house, located in Riebeek Kasteel, a picturesque town in the midst of olive and wine farms....
R1650
Avg per night for 2 guests
View Deal
See all accommodation near Riebeek Kasteel

Click to display the map
Bartholomeus Klip Renosterveld Reserve is 18.4km from the centre of Riebeek Kasteel , the nearest airport 74.2km (Cape Town International Airport).
*Distances are shown as the crow flies and not necessarily the actual travelling

Other things to do near Riebeek Kasteel

Fun Park in Somerset West
For a fun family experience or an adventurous day outdoors, go to Helderberg Farm. On offer are a...

Wine Estate in Somerset West
Ridgemor wines dates back to 1670 and is considered one of the oldest wine farms in the area....
See all things to do near Riebeek Kasteel
WEB1