Welcome to SafariNow. Get off your accommodation booking by paying with the voucher code before .
United Kingdom/England/Greater London/London/The West End/Trafalgar Square 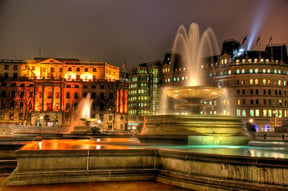 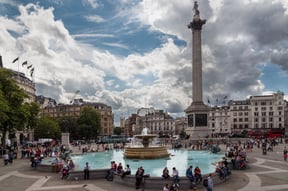 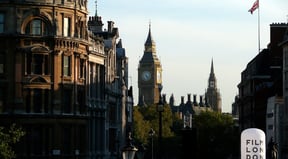 One of central London’s most popular tourist attractions is Trafalgar Square, a public space named to commemorate the Battle of Trafalgar victory in 1805. Dominating the centre is Nelson's Column, guarded by four lion sculptures. Amazing contemporary artworks by prizewinners of The Fourth Plinth Programme occupy the square alongside various memorial statues and fountains. Trafalgar Square is frequently used for political demos and social gatherings including New Year's Eve celebrations.

Things to do in The West End

Sleeps 20 in 0 rooms
The West End Hotel
With a stay at Assembly Hotel London, you'll be centrally located in London, within a 5-minute walk of St. Martin-in-the-Fields and...
View Deal

Sleeps 242 in 0 rooms
The West End Hotel
We're Assembly. An urban hotel that's all about the city. Our city. We live and breathe this incredible place and are excited to welcome...
R4429
Avg per night
View Deal

Sleeps 10 in 0 rooms
The West End Hotel
With a stay at Library, you'll be centrally located in London, steps from Coliseum Theatre and Edith Cavell Memorial. This 4-star...
R3795
Avg per night
View Deal
See all accommodation near The West End

Click to display the map
Trafalgar Square is 0.4km from the centre of The West End , the nearest airport 19.7km (London City Airport).
*Distances are shown as the crow flies and not necessarily the actual travelling

Other things to do near The West End

Theatre, Gallery or Museum in Covent Garden
Neighbouring the National Gallery is Britain’s National Portrait Gallery, home to an unrivalled...

Theatre, Gallery or Museum in Covent Garden
The National Gallery in London is the fourth most visited art museum in the world after the Louvre,...

Theatre, Gallery or Museum in Covent Garden
Situated in Covent Garden, the Royal Opera House is a major performing arts and home of The Royal...
See all things to do near The West End
WEB05